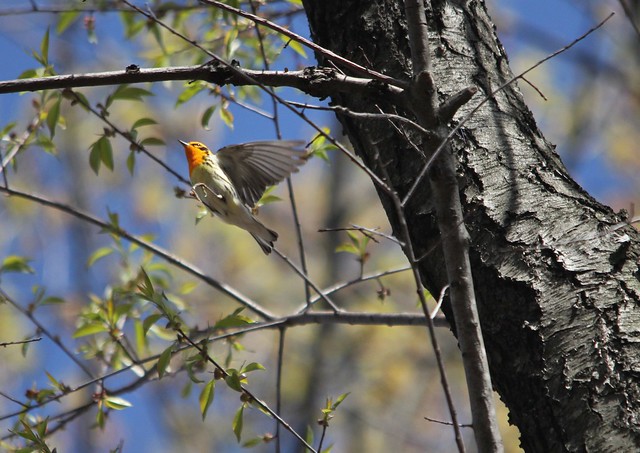 Spring Birding has definitely sprung in New Jersey as we wind through the final days of April. The Mourning Cloak, Eastern Comma and Cabbage White flutter past as the Trout Lily and Skunk Cabbage rise from below. All of the customary birds have appeared. The Eastern Phoebes along with Pine and Palm Warblers have been in for some time joined by Black-and-white and Yellow-rumped Warblers soon after. Their arrival is tailed closely by active Blue-gray Gnatcatchers and wonderfully dressed Blue-headed Vireo. First Golden-crowned Kinglets are common and then later completely replaced by their Ruby-crowned brothers. The ever present April stars, Louisiana Waterthrush, Yellow-bellied Sapsucker, and Winter Wren, again called the park’s stream and exposed roots home for a while. They were joined this year by a number of lively Purple Finch, Rusty Blackbirds, a Prairie Warbler and later Northern Waterthrush. I am sure I have missed a few (many of the park regulars have tallied species I missed including Orchard Oriole, Nashville Warbler and Rose-breasted Grosbeak to name a few) but these are the memories of April 2015 that call to me so far. Garret Mountain remains an oasis for traveling birds and a splendid place for an early Spring walk. 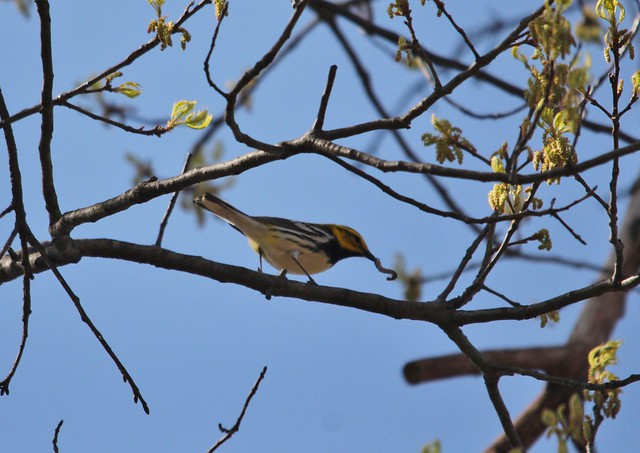 Today was a little different. North Western winds and unfavorable conditions in our area have kept larger numbers of migrants at bay. The huge helping of birds, no doubt on their way, sit waiting for things to turn in their favor. As I checked the radar last night I was happy to see the northern flyway lit up with migrating birds in the South Eastern part of the country. We had a blip of color in the center of New Jersey, but I expected this wouldn’t be much other than maybe more breeding regulars or shorebirds. As I arrived in the park I didn’t feel too far off about that as overall things still felt quiet.

“Lively Discussion”
I was happy to find that strong and maybe more aggressive birds keen to get on territory had apparently fought through the winds and put down in the elevated green peninsula that is Garret Mountain. I quickly noticed a trend that many male birds were around today. Bright and flashily adorned individuals were feeding and replenishing fat stores used up. There were even clashes as gleaning birds worked through the shared eating spots. Male Pine, Black-and-white and Yellow warblers all worked voraciously to fill their bird bellies. Northern Waterthrush showed (and the continuing Louisiana) along with at least 3 Ovenbirds testing out their best summer song. Not to be outdone completely, a beautiful female Black-and-white Warbler along with a few female Pine Warblers worked through the tops of the White Pine trees at the end of Wilson Ave. 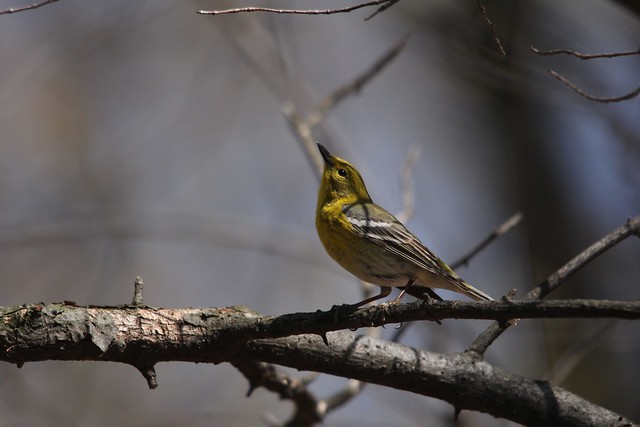 The best was yet to come for me as I wound my way back up Garret’s paths towards my car. Just above the tiered lot (below the picnic grove) I heard the high pitched song of a bird I haven’t heard in months. There, working along with another stunning Blue-headed Vireo, was a brilliantly colorful male Blackburnian Warbler. Bright, wide wing-bars and a Fire-Orange head that could set tinder afire, moved quickly through the tree tops stopping only briefly to swallow particularly large mouthfuls. I enjoyed him for a while before being called to (in my mind that’s how it works doncha know! :)) by my final new arrival of the day, another male, a Black-throated Green Warbler! These birds were the tip of the Spring Warbler sword finally thrust into our park. On a day like today it was easy to be reminded of the wonder of bird migration and the strength of the birds who I got to visit with today.

Conditions seem to settle a bit tonight so maybe tomorrow will bring even more wonder to the incredibly important Garden State stop-over that is Garret Mountain.

Below are some pictures from today. I usually identify not as a photographer, but rather a Birder-with-a-camera, as I really know far less than I should about photography, lighting and such. Thankfully a blog allows me to share the images of birds that I see (the reason I even bought a camera) but I often feel the need to apologize in advance for not-so-great shots. I am really more concerned with documenting the birds I see but sometimes I get lucky with decent shots and they usually improve as the season goes along. 🙂 Good Birding! 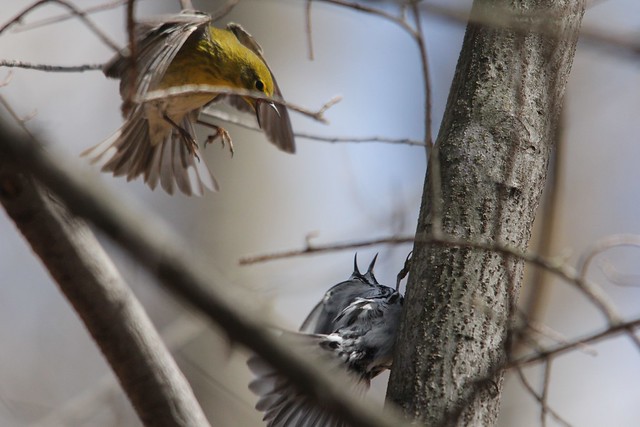 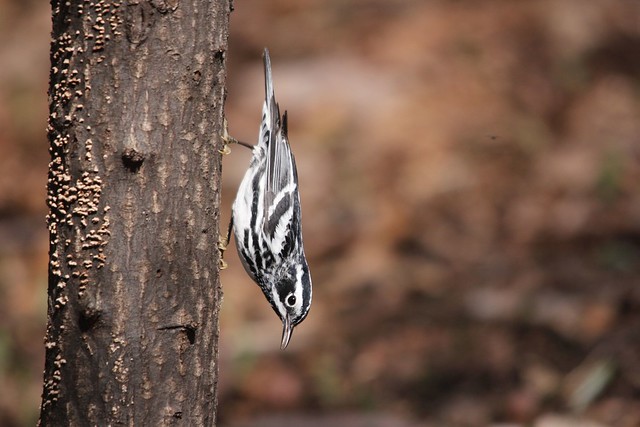 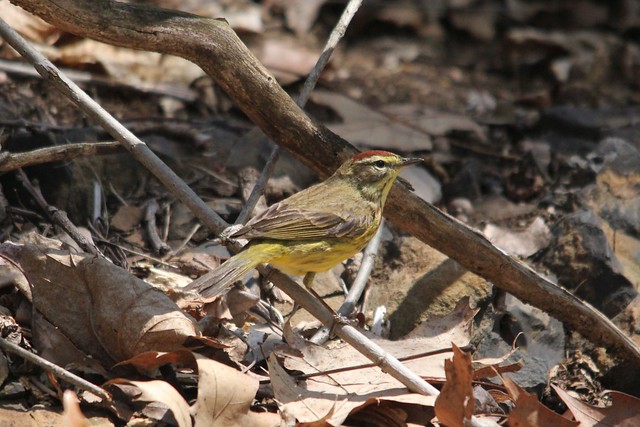 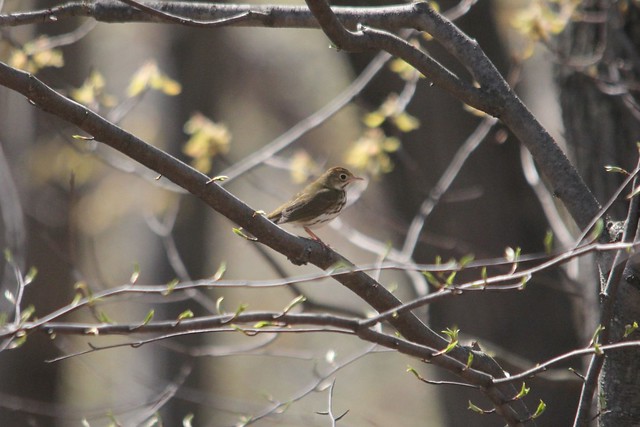